The Brit reporter was looking at two gubernatorial contenders kneeling before His Royal Highness. She had travelled from Berkshire to monitor an election in Edo state and now, Kimberley was seeing something spectacular.

Ah, the monarch of Benin kingdom was glorious to behold and when he spoke, the walls shook, “I want assurances from you people, to me and the people of the state, of a peaceful atmosphere in Edo state.” Oba Ewuare II said.

From the corner, someone screamed, “Oba gha o tokpere!” And a thunderous Isee! followed. The political candidates hugged and after a successful peace pact, Kimberley proceeded to ask some questions. 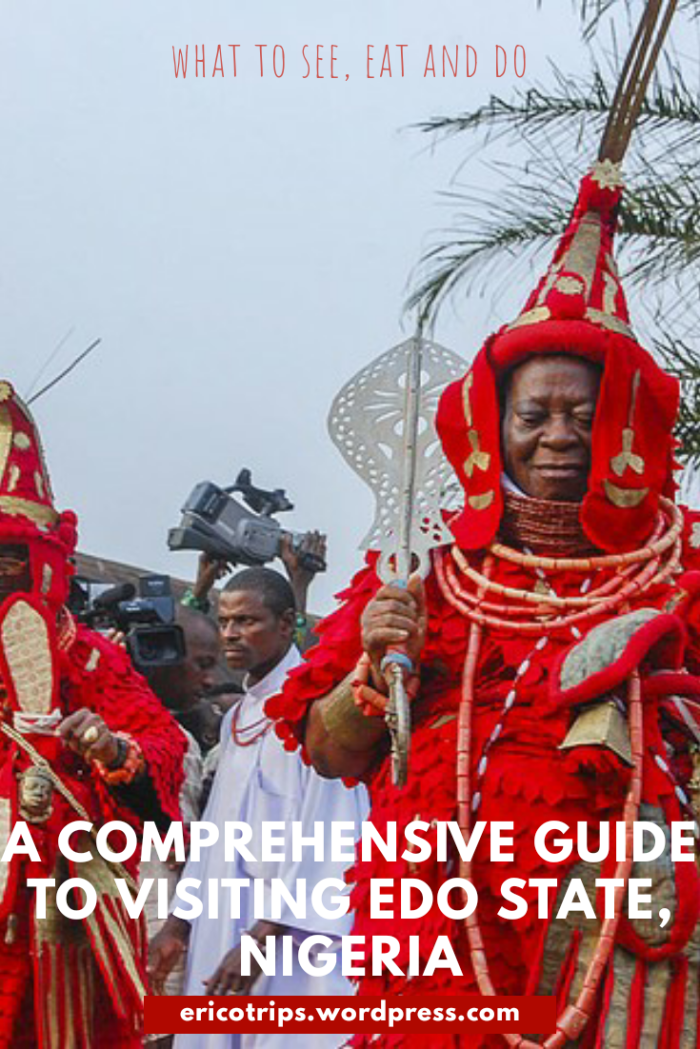 Faraway in a land sandwiched between Kogi on the north, Ondo on the west, River Niger on the east and Delta on the south. The giant of Africa welcomes you to Edo state – a foremost destination of rich cultural heritage on the big black continent.

In brief historic developments, Edo state was presumably the native land of ancient Benin kingdom dwellers. Over centuries, they were known for arts and craft, traditional architecture and vast cultural ties (there are historical claims to prove that Oduduwa, the ancient ruler of Yoruba kingdom was actually a Prince of Igodomigodo).

Want to watch a quick video summary instead? Click below.

What did you hear about Edo people? 😅 . . Tap the Link in my Bio to know what to do, eat and see during your visit to this historic midwestern state in Nigeria. Obulu. 🙂 . . Music: Sir Victor Uwaifo 🎶 . . #quik #edo #benin #edostate #travel #instadaily #travelbloggers #ericotrips #history

► If you need help promoting your content using videos, send a text to my WhatsApp.

Before the British conquest and art pillaging in the nineteenth century, the Benin kingdom/Edo empire formerly called Igodomigodo (read that up!) was powerful. The Oba or cultural figurehead was regarded as a god and symbolic bronze sculptures recorded events and depicted the royal family at the time, they still do. 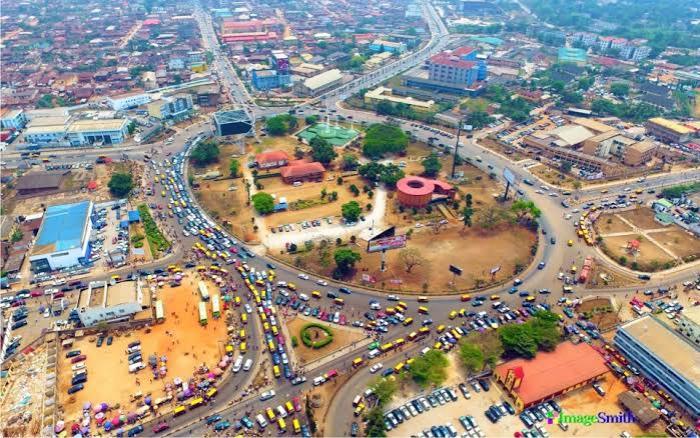 Getting to Edo state

Edo state is accessible by road and air transport. It’s about 350 kilometres from Lagos in Southwest Nigeria and roughly takes a three-hour journey by road while it’s four hours from the Federal Capital Territory, Abuja.

If you dislike roadtrips, you can get to Benin City in a swift thirty-minute flight (from Lagos) and during the 2020 gubernatorial debate, Governor Godwin Obaseki hinted that Benin Airport recorded eight inbound passenger flights per day.

Arriving Edo state, you’ll come across people of ethnic groups like Bini, Esan (myself), Afemai, Akoko Edo and many who are proud descendants of the ancient Benin kingdom.

A good number of people from other ethnic groups in Nigeria and expats also call the oil producing state home and as at 2014, population of Edo state was pegged at five million people. This has skyrocketed to some eight million people today.

For the night, you can crash at the prestigious Protea Hotel, Edo Heritage Hotel or Golden Tulip Essential in Benin City. You could also opt for cheaper and more basic options before exploring the state the following day.

I believe one of the features that makes different places unique from one another has to be how people get around.

Unlike Lagos where traffic congestion is the order of the day, Edo roads are usually free of traffic gridlock and commercial drivers are much more civil that they’d wait by and reverse to pick up passengers at bus stops. 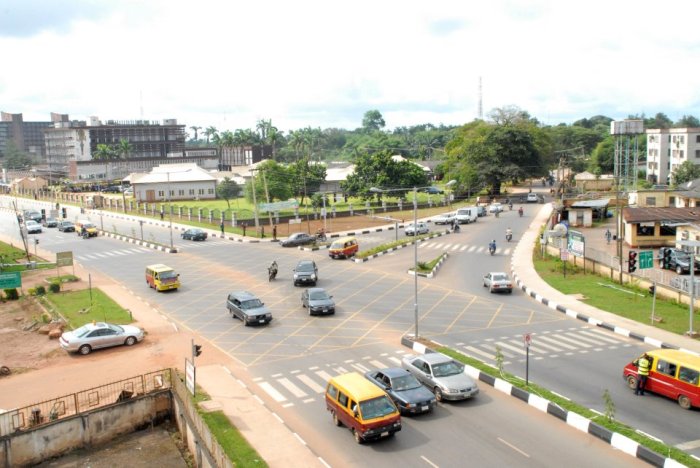 Also in Edo state, buses, cabs and tricycles are painted wine-ish red and “danfo” yellow and are called tuke-tuke, cabu-cabu and keke respectively.

Another means of transport, the motorcycle taxi is simply known as bike.

Many of the native men and women in Edo state are farmers so you’ll be eating a lot of indigenous yam, cassava, plantain and rice produce. It’s a state rich in agriculture and most households have at least one farm.

Special delicacies include Ikhinua which is a kind of red yam grown here; pounded yam and coco yam; fufu which is gotten from cassava; bendel garri, the most expensive and most beautiful garri in all of Nigeria; and ofada rice which is known for its unique flavour and sweetness.

Edo is a major producer of fufu and bendel garri and locals prefer when it’s garnished with black soup (omoebe) and bush meat. That makes a perfect meal, so they say.

On the fruit side, pineapples, pears, mangoes and bananas are very common though they do have their on-off seasons.

To kickoff your culinary experience in Edo state, visit Buka Queen or GT for the best of traditional food, Sizzler’s is perfect for travellers on a tight budget, Kilimanjaro and Chicken Republic for fast food lovers while Bamboo House and Royal China Restaurant are great for Chinese and Asian cuisine.

The Culture of Edo people

Okay! So just like I mentioned, the people of Edo can be divided into four major ethnic groups; the Binis, Esans, Afemais and Akoko Edos.

A noble Bini Chief in front of the Oba’s Palace. getty images

A comical way of communicating – Nigerian Pidgin English, a creole as I’d call it, is widely spoken in Edo state as well. It’s also known as Brokin.

A simple question like “you chop craze?” or “abi you wan kpeme?” can mean, “are you sure you’re okay?!” And you’ll notice that many jocular words and phrases used by Nigerians are deduced from Pidgin English.

In Edo cosmology, monarchs must be highly respected and the Oba of Benin is seen as the father of the people. It’s inherent to know that strong unity and understanding exists between kinsfolk in the state and it is against tradition for anyone to deal with his kinsman without reporting to the Odionwere (village head) first.

Many communities have similar characteristics in the area of religious belief – Christian, Muslim, Vodun, Krishna, Voodoo etc; folklore – ancient stories of the animal kingdom; festivals – Ekaba and Igue festival; arts and craft – Queen Mother Idia mask, wood carving and bronze sculptures; and colourful modes of dressing which I want to talk about next.

You see, the Edo people have one of the richest dress cultures on the African continent and are known for adorning their outfits with collar beads (odigba) and anklets (eguen).

Traditionally, men knot a big wrapper around their waist and wear a kaftan shirt. A native red cap graces the head and fine beads rest on the neck and wrists. On the right hand, they carry the ugbiria which is made from cow tail and also hold an elegant walking stick.

Women are known for having two wrappers knotted beautifully around their chest or waist, a stylish blouse with lace material is worn on the torso and a gigantic head tie or beaded headdress (for ceremonies) rests on the crown. 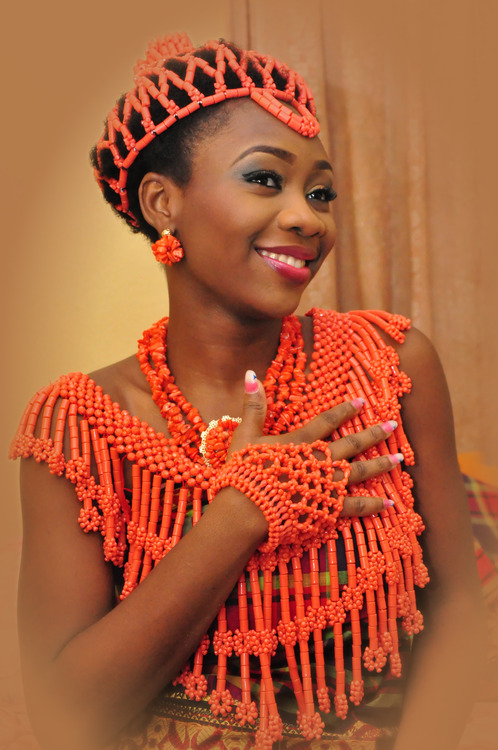 Beads are also worn on the neck and wrists and on the right hand, women carry a round leather fan called ezuzu.

To sum it all up, the people of Edo are abound in cultural heritage and you should consider visiting particularly in December to experience the Igue festival and explore touristy attractions in the state.

1. Royal Palace of the Oba of Benin. The kingly home of Hrm Ewuare II and monarchical heritage of Benin kingdom, the Palace is clad in executive white coating and adorned with golden sculptures and ornaments. It was listed as a UNESCO heritage site in 1999 and when visiting, you must not whistle, wear black or bring pets to tag along.

2. Benin City National Museum. This museum is nestled in the heart of Ring Road. It is the number-one place after the Oba’s Palace to learn about the British invasion, art, history and culture of the Bini people.

3. The Benin Moat. This moat completed in the year, 1460 is one of the world’s largest archeological sites spanning 1,200 kilometres (in walls). It’s also known as the Benin Iya.

4. Kada Plaza, Benin City. Situated on 111, Old Sapele Road, Oka. Kada is a favourite location for shopping, comestibles, kid games, entertainment and movies. It is a fantastic place to chill out.

5. Edo State Civil Secretariat. One of the edifices rejuvenated by the Godwin Obaseki administration, it is a beauty spot in the southern state. 8. Kadis Pizza. A foremost pizzeria, you will find the tastiest pizza in all of Benin City at this pastry.

9. Okada. This is the hometown of the Esama of Bini, Chief Gabriel Igbinedion and like I said in this article, it’s where the popular name for motorcycle taxis in Lagos originally came from.

10. Lagos street. Sound familiar? No this isn’t Eko. Lagos street is perched in the capital city of Edo state and it’s a renowned location for groceries in Benin.

12. Ososo Tourist Center. Adventure seekers like to climb the rocky hills and take in views of the green landscape.

13. Ring Road. Also known as King’s Square, it’s a stone throw from the Oba’s Palace and this is the busiest roundabout in Benin. Its center houses colonial buildings, sculptures, water features and ample greenery. And maybe who knows? Ring Road could be the largest intersection you’ve ever come across.

14. Samuel Ogbemudia Stadium. This massive stadium is named after Doctor Samuel Ogbemudia, a former governor of the midwestern region of Nigeria. Facilities include a football field, Olympic-sized swimming pool, tennis and basketball courts.

15. New Benin Market. This is the a busy traditional marketplace in Benin. You’ll find everything here.

16. Ogba Zoo, Benin. Also called Ogba Zoo and Nature Park. This state-run park for live animals was established in 1965. It is sensibly recommended for wildlife lovers touring Edo and on visiting, you’ll discover lions, pythons, monkeys and antelopes to mention a few.

17. Ring Road Bus Terminal. Located off the Ring Road intersection, you can get a bus going to most states across Nigeria from this iconic bus park.

Edo state is a melting pot of art, culture, ancient ethnicity and intrinsic history. Little wonder why it’s called the heartbeat of Nigeria.

Since you read up to this point, here’s a fun fact for you, the full name of the current Oba of Benin is, Omo N’Oba N’Edo Uku Akpolokpolo Oba Ewuare the second. Ha! Try saying that twelve times fast.

Binis and the people of Edo are some of the most benign people that you can find in Africa (pun intended).

The former Bendel state is an evergreen, ever growing cosmopolis and a place I am proud to call my own home.

Now, how about ya?

Have you ever visited Edo? If you have, what was your favourite thing about the state?

Kindly tell me in the comments section because I can’t wait to hear from you.

Want to talk more? Check me up on my Social Media!

Eromonsele Emmanuel (LinkedIn) is a Lagos based travel blogger who blogs about a wide range of topics including his journeys, interview with travel personalities, travel blogging tips, public transport, art galleries and monuments, and touristic attractions. View all posts by Eromonsele Emmanuel

43 thoughts on “A COMPREHENSIVE GUIDE TO VISITING EDO STATE, NIGERIA”

Send A Text To My WhatsApp